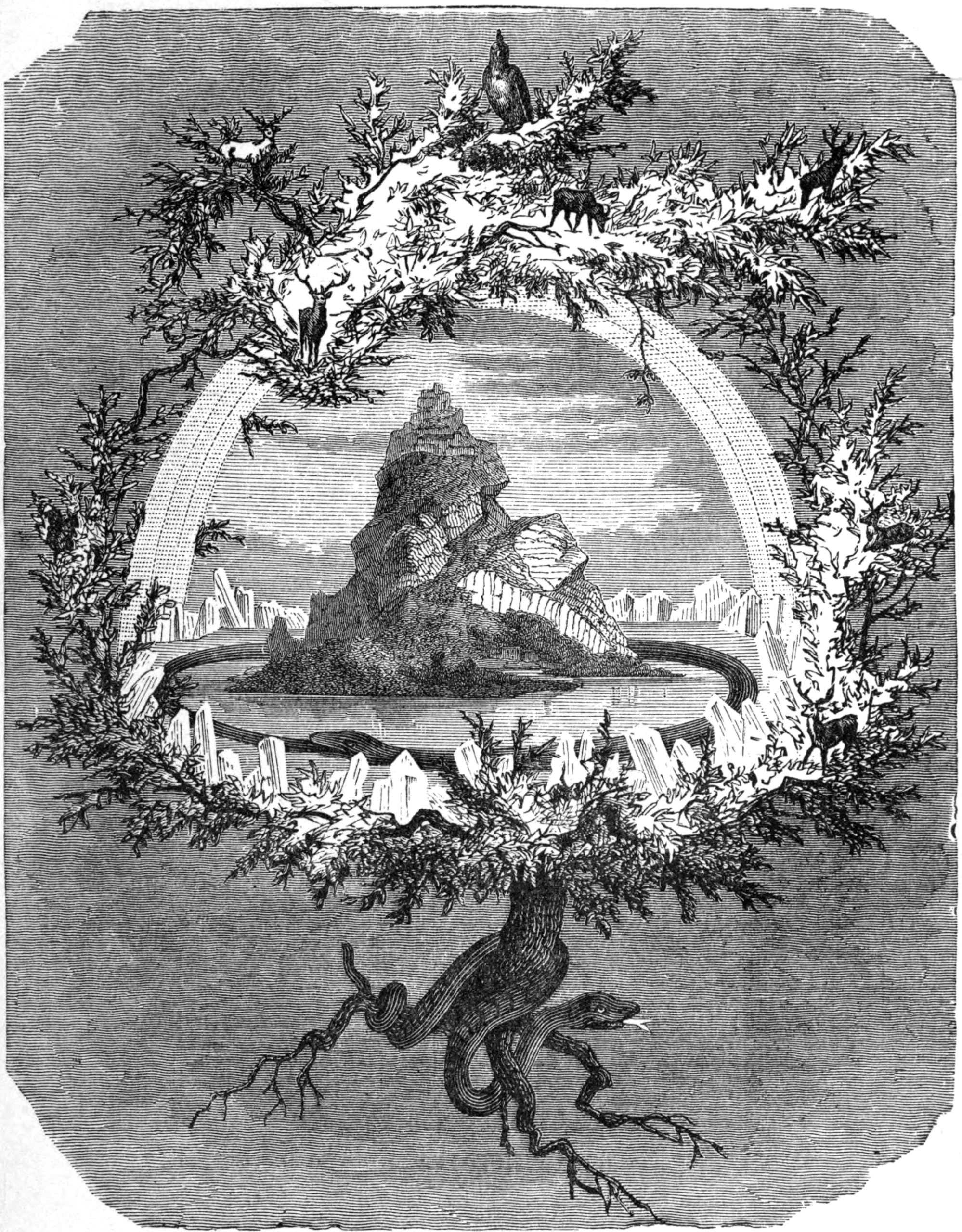 Yggdrasil is the World Tree, a cosmic ash tree that holds nine different realms in its branches and roots. It’s home to all the world’s creatures and beings, including four stags that chew at its leaves. At the top of Yggdrasil perches an eagle who watches over the worlds. Beneath the tree lives the dragon Niðhogg who gnaws away at the roots. Between these two beings runs Ratatosk, a squirrel who sends gossip to and fro.

Yggdrasil is in a state of constant death and rebirth. The animals’ activity and the chewing of Niðhogg cause it to wither, but the tree is rejuvenated by the Norns, three women of fate who sprinkle magic water from the Well of Urðr to keep it alive and well. The roots of Yggdrasil reach down into three wells or springs: The Well of Urðr, the Well of Mímir, and Hvergelmir. Heimdall’s hearing is said to be kept beneath Yggdrasil, and the gods go to the tree daily for their assemblies.

Odin once hung himself from the branches of Yggdrasil, sacrificing himself to himself. Impaled with a spear, he hung for nine days and nights. Afterwards he became incredibly wise and learned the secrets of writing.