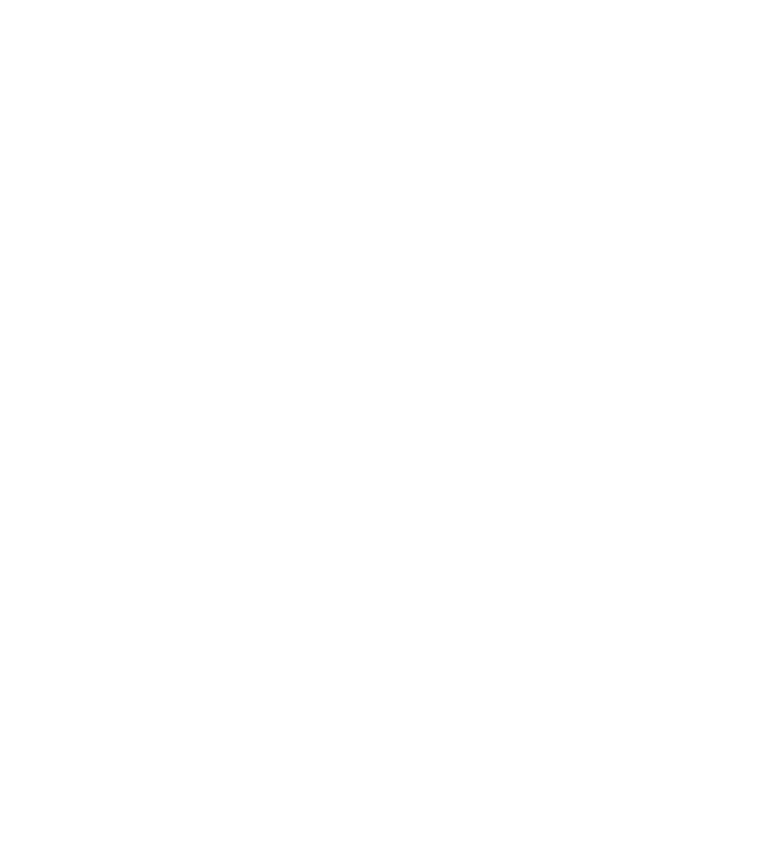 The Christian Conversion of Scandinavia

Over the centuries, Christianity converted the Scandinavian territories. This process was completed around 1100 C.E, though many cultural customs remained.

The Viking Age was a time of extensive exploration, trade, and raiding by the Norse people. The Norse people travelled through an impressive amount of Europe and even into the Middle East during this time. At about 1000 C.E., Leif Erikson visits America. Christian monasteries were often targets for Viking raids due to their abundance of resources and little defenses, which created the stereotype that the Norse were bloodthirsty brutes, thanks to records found in Christian manuscripts.

The Viking Age ended with the Battle of Stamford Bridge.

Gesta Danorum or “The Danish History” is one of many sources of Norse folklore. It was written by author Saxo Grammaticus as a fanciful and patriotic account of the history of the Danes. The accounts overlap with regional legends and mythologies, some of which look strikingly different from the Icelandic versions found in the Eddas.

The Prose Edda, written by lawspeaker and politician Snorri Sturluson, is a textbook demonstrating the poetic artform of “kenning.” While heavily Christianized, the Prose Edda remains an extensive source of Icelandic mythological Norse stories. The book contains three parts: Gylfaginning (“The Tricking of Gylfi”), Skáldskaparmál (“The Language of Poetry”), and Háttatal (“Tally of Metres”).

The Codex Regius is written

The Codex Regius is the oldest and most influential manuscript of the Poetic Edda, an ancient collection of anonymous poems attributed to the Norse people. The Poetic Edda is a highly-valued source of Norse mythology, preserving cultural stories that might’ve otherwise been lost to time.

Compilation of the Faroese Ballads

The Faroe Islands were settled by the Norse between the 8th and 10th centuries. The Faroese Kvæði are songs that tell tales of heroes, gods, folklore, comedic events, and politics, some dating back to the 14th century and perhaps even earlier. Jens Christian Svabo began to compile a record of these Ballads starting in 1781, but they weren’t published until much later, from 1941-2003. You can read the ballads in their original Faroese here.

First use of the term “Odinism”

While the oldest use of this term was in the 1820’s, it was first used definitively in the 1840’s by the author Thomas Carlyle in his book On Heroes, Hero-Worship, and The Heroic in History. The phrase he used was “Odinism was Valour; Christianism was humility, a nobler kind of Valour.” [source]

The Victorian Era was an age of scientific development in Western society, relying on something other than Church and God to explain how life works and why things exist.

With the development of Natural History and Biology came an interest in another field: The Occult. Séances, ghosts, psychic powers, secret societies, and metaphysical publications rose in popularity. This was the origin of many Western metaphysical practices we see today.

However this cultural shift didn’t change the racism of the time. Victorian occultists fetishized non-European practices and flocked to Eastern Mysticism, Kabbalah, and even long-dead practices like Egyptian spirituality to lend credibility and exoticism to their bourgeoning philosophies. This also gave rise to racially-motivated occultism, like the Norse- and Germanic-inspired Ariosophy.

Der Ring des Nibelungen is an operatic monolith composed by Richard Wagner consisting of four movements or cycles. This opera is where the historically inaccurate “viking in horned helmets” image comes from. It’s also the origin of the famous musical piece Ride of the Valkyries.

Beginning of the Germanic Völkisch Movement

The Germanic Völkisch Movement was the social precursor to Nazism and also where the term “Folkish” in “Folkish Heathenry” comes from. Born from a combination of Germanic Romanticism, glorification of the Holy Roman Empire, and disdain for global modernization, Völkisch proponents advocated for Germany to return to its ancient folk practices and establish an Aryan ethno-nation; a nation for white Germans only. Anti-semitism, racialism, and Aryan supremacy were essential to Folkish philosophy. Even though the movement formally ended with Nazi Germany, Folkish beliefs continued into the modern day with various forms of neo-pagan Heathenry such as Odinism.

The Austrian occultist Guido Von List was an influential figure in the Völkisch Movement and an inspiration for future Odinist movements. He was a self-described “Wotanist” who pioneered a form of “Aryan Esotericism” called Ariosophy or Armanism with his constituent Adolf Joseph Lanz. This branch of esotericism, which drew inspiration from ancient Germanic paganism, was designed to glorify the Aryan race. List created the ahistorical Armanen Runes for this esotericism.

List’s work greatly influenced the Germanenorden, an antisemitic occult society. This society later became the Thule Society, which allegedly influenced the beliefs and motivations of what would eventually become the Nazi Party.

Nazi Germany was a totalitarian dictatorship controlled by Adolf Hitler and the Nazi Party. This dictatorship was responsible for the Shoah, or the Holocaust, a genocide that killed no less than 11 million people, 6 million of which were Jews. The Nazis viewed themselves as members of a supposed Nordic Master Race, the purest form of Aryan, and sought to create a racially-pure German society by any means necessary (see: The Final Solution).

Far less known than their atrocities—but significant to modern Norse Paganism—is the Nazi creation of the Black Sun (sonnenrad), an alternative occult symbol for the Nazi Swastika. While allegedly inspired by Old Norse “sun wheel” motifs, the Black Sun itself should not be mistaken for an old Norse symbol.

Inspired by the writings of Guido Von List, the Australian Alexander Rud Mills founded the Anglecyn Church of Odin in 1934. Mills is significant for his expansion on Odinism, which took inspiration from Nazism. The expansions he made include:

Mills was interned for his Nazi sympathies in 1942 but continued to publish works on Odinism until his death in 1964.

Else Christensen brings Odinism to the United States

Born in Denmark in 1913, Else Christensen fell under the influence of the National Socialist Workers’ Party of Denmark—the largest Nazi party in Demark—in the 1930’s. After moving to North America in 1951, she learned about Odinism through Mills’ writing and from a New York Nazi constituent. Inspired by these sources, Christensen established the Odinist Fellowship in 1969, creating the first Heathen organization in the US.

In the 1980’s, Christensen began to teach Odinism to prison inmates and popularized the faith. Before her arrest in 1993 for drug trafficking, she gave the Fellowship’s membership list to Stephen McNallen who used it to create the Asatru Folk Assembly in 1994. Christensen died in 2003.

The term ‘Ásatrú‘ appears in Iceland

Ásatrú roughly translates to “true to the Aesir” or, colloquially, “belief in the [pre-Christian] gods,” and was coined by Icelandic Norse Pagans to give a name to old Icelandic Heathen practices. This corresponds to the founding of the Icelandic Ásatrúarfélagið in 1972.

The term ‘Ásatrú’ (Anglicised as “Asatru”) has since acquired exclusive connotations in the US. The name is interpreted to suggest only the Aesir tribe gods should be the focus of deity veneration, which may or may not include the Vanir gods but typically excludes jötunn and other opposition to the Aesir.

Sometimes referred to as the “Old AFA,” the Asatru Free Assembly was an American Folkish Heathen organization and the precursor to the current Asatru Folk Assembly. It was created by Stephen McNallen, growing out of the Viking Brotherhood he founded in 1972. The Old AFA was disbanded in 1986 due to internal disputes. From the ruins of the Old AFA rose two new organizations, the Folkish Ásatrú Alliance and the universalist Troth. Both are active to this day.

The first appearance of the Nine Noble Virtues

The Nine Noble Virtues is a code of morals found in some sects of Asatru and Odinism. Two sets of Virtues were originally created. The first was made in 1974 by John Yeowell, a former member of the British Union of Fascists, and John Gibbs-Bailey of the Odinic Rite. The second was allegedly created by white nationalist and occultist Stephen Flowers (a.k.a Edred Thorsson) during his time spent in the Asatru Free Assembly, and later canonized by Stephen McNallen in 1983.

The creation of new designations for Heathen Practice

Disagreements in American circles about appropriate Heathen practice gave rise to new religious designations such as ‘Vanatru’, ‘Rökkatru’, ‘Thursatru’, ‘Lokean’, and others.

The Icelandic hof releases a public statement denouncing the use of Asatru for any racial agenda:

“We strongly oppose any attempt by individuals to use their association with the Ásatrúarfélagið of Iceland to promote attitudes, ideologies and practices rejected by the leadership of the Ásatrúarfélagið. We particularly reject the use of Ásatrú as a justification for supremacy ideology, militarism and animal sacrifice. It should also be known that visitors have no authority to speak on our behalf. There is no advisor to the Ásatrúarfélagið and there is no spokesman other than our allsherjargoði. We respectfully request that visitors not claim any such authority based on their association with us.”

The Release of Declaration 127

Huginn’s Heathen Hof publishes Declaration 127, a public denouncement of the Asatru Folk Assembly. This statement has been signed by many individuals, kindreds, organizations since its initial release.

‘Asatru’ is recognized as a religious designation by the US Military

The Open Halls Project fought for the recognition of Heathenry in the US Military for several years before the request was granted.

The white supremacist “Unite the Right” rally took place on August 11-12 in Charlottesville, Virginia. It was held in protest to the removal of Confederate statues and memorials from the area, and was attended by varying white nationalist groups, including the KKK. Norse pagan and Heathen symbols were featured prominently during this event.

The SPLC designates the Asatru Folk Assembly as a Hate Group

The Southern Poverty Law Center designates the Asatru Folk Assembly as a Neo-Völkisch hate-group along with other Folkish and Odinist groups.

Insurrection at the US Capitol

The insurrection at the US Capitol took place on January 6, 2021 in an effort to overturn the 2020 presidential election results. The violence resulted in the breach of the Capitol building and the deaths of multiple people. The rioters consisted of Trump supporters, members of the alt-right, and white nationalists. Amongst them was the QAnon Shaman, a Christian Q-Anon conspirator who became the focus of attention in American Heathen communities due to his large mjolnir, Yggdrasil, and valknut tattoos. Many American Heathen organizations released official statements condemning the insurrection.

The assault on the Capitol triggered a mass-takedown of white supremacist groups and pages on all major social media platforms.