The Poetic Edda is an ancient collection of anonymous poems attributed to the Norse people. Several historical copies of the Poetic Edda exist, but its most influential manuscript is the Codex Regius, which is believed to have been written within the 1270’s.

Dronke’s multi-volume translation of the Poetic Edda is perhaps the most comprehensive out there. Not only is her translation beautiful, but the original text is provided alongside, complete with annotations, explanation of language nuance, and cultural commentary. Unfortunately, this is a textbook and runs upwards of $300 USD, so you will need to get it through an Interlibrary Loan. 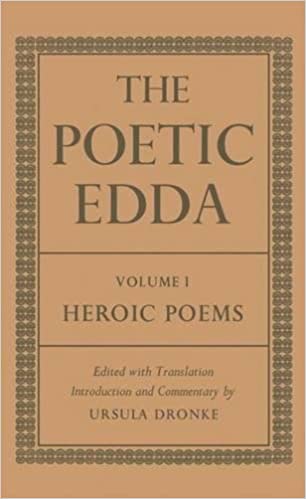