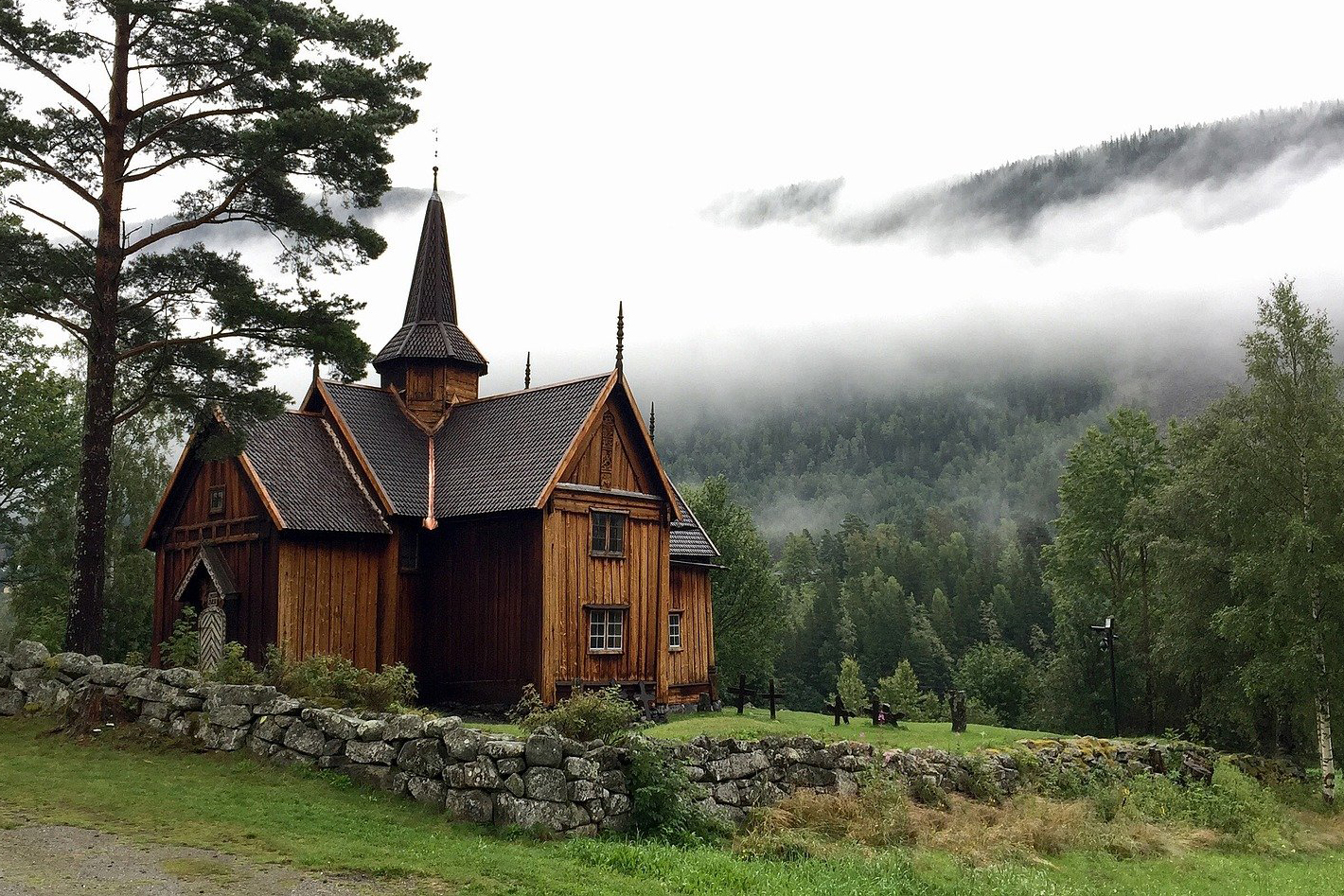 Coming to Norse Heathenry from a Christian background? Then this guide is for you! Not only does Norse Heathenry have different gods, but it runs on a completely different system than Christianity does. This guide will go over common themes and break down the differences between the two worldviews.

Decentralized: Heathenry has no central governing authority, be it scripture, doctrines, key religious figures, or otherwise.

Animistic: Everything is thought to have a spiritual or divine essence to it as a property of its very existence, similar to how shape and color are also properties.

Pluralist: The view that our reality is the manifestation of many principle forces, as opposed to two opposing forces (like good and evil) or a singular all-encompassing force.

Polytheistic: This is the belief in more than one deity. In Norse Heathenry, no deity is thought to be greater than another. Our deities are not all-powerful or all-knowing either. They embody human behavior as opposed to ideals.

Life-Affirming: Heathen practice is focused on cultivating the quality of the lives we live right now, as opposed to using life as a means to achieve a certain afterlife.

Orthopraxic: Heathenry is focused on the cultivation of practice and experience as opposed to orthodoxy, or “right belief.”

Centralized: Christianity has a centralized system of belief, which defers to the Holy Bible and other authority figures.

Divine Separation: Humanity is seen as separate from divinity. Christians can move closer or further from divinity based on certain conditions.

Dualist: Christianity operates off of two principles; that which accepts God (good) and that which rejects God (evil). These forces are ever-opposing.

Monotheistic: Christianity is (allegedly) monotheistic, believing there is only one god and that he is all-powerful, all-knowing, and omnibenevolent.

Afterlife-Focused: Christian life is lived to achieve passage into Heaven, and efforts must be put toward this endeavor to avoid an otherwise undesirable or horrible afterlife.

Orthodox: Many sects of Christianity place their focus on “right belief” or “correct faith.” God must be believed in and understood a certain way in order for someone to be Christian.

Read more about the properties of Heathenry

Heathenry: Heathenry has no holy books or sacred scriptures. There are important historical texts that preserve folklore and mythology, such as sagas and the Eddas, but these are not scripture any more than Aesop’s Fables are. They also do not serve as guidebooks on Heathen living or as a key tool to understanding the gods, outside of preserving their stories. Norse mythology is largely treated as allegorical, rather than literal.

Christianity: Has the Holy Bible to serve as a guiding text. Stories are often taken literally.

Heathenry: There are no inherent religious mandates in Heathenry. What a Heathen chooses to observe in their practice is a matter of personal preference as opposed to something demanded by the religion.

Christianity: Many denominations of Christianity are high-demand practices due to denomination-specific requirements for behavior, beliefs, attitudes, tithing, and lifestyle choices.

Heathenry: Deities are seen as representations of the natural world and humanity, as opposed to paragons to emulate or ideals to strive for. The gods are not omnipotent or omniscient—they are capable of bad behavior and making mistakes in the same way they’re capable of great wisdom and knowledge. To Norse Pagans this is exactly what makes the gods relatable: They’re like us. There are no “good” or “evil” beings in Norse belief.

Christianity: God is seen as omniscient, omnipotent, and omnibenevolent. It’s not a part of Christian belief to question, doubt, or challenge God.

Our Relationship with God(s)

Heathenry: Gods can be directly involved in our lives if we’d like them to be. Heathen relationships with deities are direct and do not require a mediator. They can also take on a variety of different dynamics, such as Parent/Child, Teacher/Student, friendships, and more. The Norse Deities are also not offended by our human behaviors or mistakes, and it is difficult to irritate them with our human proclivities. They also aren’t surveilling us, passing judgement on our behavior, or reading our private thoughts.

Christianity: While this differentiates amongst denominations, relating to God follows very strict guidelines and often takes the form of a Lord/Servant dynamic.

Learn more about working with deities and spirits

Heathenry: “Good” and “evil” are not really concepts found in Heathenry. They factor in only as far as our subjective ideas of these things go.

Christianity: Good and evil are seen as objective, and the Universe operates off of these two principles.

Heathenry: Magic is an integral part of Heathenry. While not all Heathens practice magic, Norse Paganism has its own kinds of magical practices.

Heathenry: These are seen as a choice of an individual. Morals, laws, and ethics are seen as properties of human social relations, rather than something divinely-mandated. While Heathens may have cultural values, they are not required to adopt a certain set of morals to be considered Heathen.

Christianity: Right and wrong are considered divinely-mandated and objective to the Universe itself, and following the righteous path is necessary for being Christian.

Heathenry: The Heathen concept of fate can be described as “the most likely outcome given our current trajectory.” Fate is never set in stone, can shift with new circumstances, and is something you have control over. This is discussed more in Wyrd & Orlog.

Christianity: A very large attitude of “God has a plan for you” permeates Christian thinking. There is also the belief that God knows your own best interests better than you do.

Heathenry: Belief in the gods or belief in certain principles does not grant a Heathen more favor in the eyes of the Norse Deities. Additionally, Heathens can doubt, question, and challenge the existence and authority of the Gods if they wish. Miracles and wishes are not granted based on a system of belief. Likewise, bad things don’t happen to Heathens because they didn’t believe in the Gods hard enough.

Christianity: Having an unconditional belief in God is an integral part of Christian belief.

Heathenry: There’s no such thing in Heathenry. The closest we have to this concept is “being a dickbag.”

Christianity: Sin is defined as doing anything that separates someone from God’s light. What this is depends on the denomination.

Heathenry: Guilt, shame, and confessing infractions are not a part of Heathenry. No inherent system within Heathenry is designed to put people into states of shame and motivate them to get out of them. If this is found in Heathenry, it was artificially put there by the group.

Christianity: Confession is found in Catholicism, and guilt and shame (but most of all, fear) are used as heavy motivators in the religion.

Heathenry: There are no universally-recognized rules or taboos when it comes to sexual behavior in Heathenry. As a life-affirming spirituality, Norse Heathens often view the body as something to be cared for and enjoyed on any level it needs. The body, and by extension the hamr, often plays an important role in the Norse concept of “self,” so its needs are respected. The same respect is also extended to partners in sexual acts.

Christianity: Many denominations have rules about celibacy, “waiting until marriage”, or taboos surrounding sexual acts.

Heathenry: There are many different conditional afterlives in Norse Paganism, but a good afterlife is guaranteed with one’s ancestors in Helheim (different from the Christian Hell), so life is not lived in order to earn a certain afterlife. Norse pagans have many different beliefs about death. Some even believe in reincarnation. There is no Norse concept of “damnation.”

Christianity: Heaven and Hell (and sometimes Limbo and Purgatory) are all afterlives, but effort is needed to achieve the good afterlife of Heaven.

Heathenry: While Norse Paganism has the story of Ragnarok, this event is not usually interpreted as a literal end-times prophecy. Instead, it’s treated as an allegory, and sometimes as an event that has already passed.

Christianity: The Rapture and end-times prophecies play a key role in Christianity.

Heathenry: Someone’s worth is inherent to their very existence.

Christianity: Someone’s worth is conditional.

Heathenry: Norse Pagan Heathenry has no ambitions to convert others to the religion.

Christianity: This is a main practice of the religion.

Additional Concepts NOT Found in Heathenry

In Norse paganism, actions are not done to please deities or to avoid a bad afterlife, but instead are done to foster spiritual connection for ourselves in whatever ways we need. This changes our entire baseline understanding for why we do something, and even changes the way we ask questions.

Consider the following popular questions and how reframing them in your mind will give you more agency, freedom, and depth in your practice: